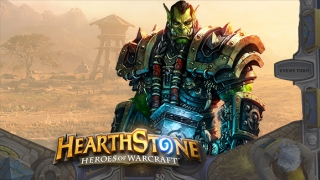 Before the start of the competition all participants have to register and join the hearthstone channel on duhscussie.nlÂ and fill out their profile information on http://cz16.lanergy.eu/ this includes yourÂ battletag, the four classes they want to use, and your decklists. After the signups are closed your chosen classes will be made public, your decklists won't be made public.If there is a dispute and no decklist was submitted the admin is forced to agree with your opponent.

If a player disconnects wait until the game is over, since they can reconnect. The connected player has to make a screenshot including the time for the admins in case of any disputes.

If a player disconnects during the game and can't reconnect, the disconnecting player forfeits that game regardless of cause. If both players disconnect the game must be replayed immediately without a break between games.

For mass disconnects the admin can make an exception.

All of the communication between admins and players will go through https://duhscussie.nl/duh-events/channels/cz16-hearthstone

The competition will be played in "4 Hero 1 Ban Conquest" format.

All matches are BO5.

Every player chooses 4 classes/decks. During play your opponent bans one of these.

If you win a game with a deck, you cannot play that deck anymore.

The loser of a game is allowed to switch to another deck.

A game is a single game of hearthstone.Â

A match is a set of games against one opponent.

It is not allowed to modify your decks during a match.Â

It is not allowed to leave the match for anything but a technical issue.Â

After a draw the game has to be replayed immediately without a break.Â

If there is a draw in scores during the group stage the win/loss ratio decides.