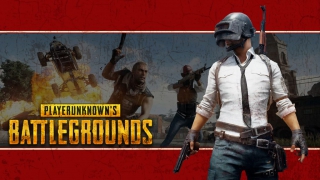 En onthoud: een biertje na afloop van de competitie kan je door PUBG verloren vriendschap weer goedmaken.
PUBG at CampZone 2018 Rules
Match rehosts: If a significant number of players experience disconnects or severe lag issues within the first 60 seconds of the match the admin may choose to rehost the match, in this case the admin will announce the rehost and remove all players from the game in no particular order.
All players experiencing disconnects or severe lag issues should individually message the admin within the first 60 seconds of the match to make the issue known.

Teams: Every team will be assigned a team number which will correspond to a slot in the game-lobby and if necessary teams will also be given a server number. Teams that are not on their designated spots before the match starts will be removed from the lobby before the match starts. Teams that cannot get to their designated spots in the lobby because it is taken must notify the match host.

Points: The points that each team gets for their finishing place in a match are displayed in the following table:

Tiebreakers are resolved by the amount of kills, and after that who has the highest amount of 1st places, then 2nd places etcetera...

Streaming: You are allowed to stream your own team’s gameplay. If your stream shows gameplay that is not your own from an ongoing match you will be disqualified.
Observing streamers that have made an arrangement with the organization must make sure they stream with a delay of at least 10 minutes and that none of the gameplay from the current match can be relayed to playing participants.

Communication with the admins and organization: All communication will go through CampZone’s Discord server.https://discord.gg/S47V4W8 If for any reason discord can’t be used, the admins are available at the competition desk.